On Wednesdays, runners gather outside of NoDa Brewing with a goal of completing 1, 3 or 5 miles before swallowing a couple pints of craft beer and enjoying dinner from a visiting food truck. 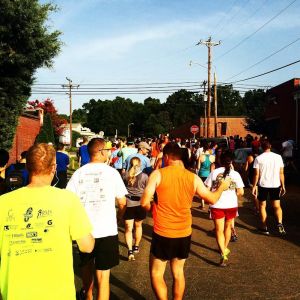 I get asked often if it’s just for “serious runners?” And it’s not. I am not a “serious runner.” I am the runner who can do 3 miles any day of the week and be okay. I can do 5 and be tired and maybe a little sore. I’ve pushed myself through 10ks, and even half marathons, but run club is not about winning a race, it’s a community. 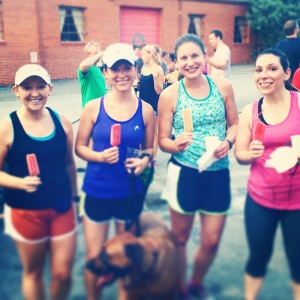 Just yesterday, I met up with 3 girls (and a dog) who I previously only knew on social media. We had connected through similar interests and found that we enjoy running (in various distances), most have tried cross fit, and we all love King of Pops popsicles. 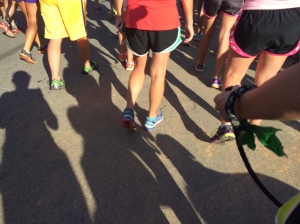 The group takes off as one. And sure, some people fly by, some people start at the front so they aren’t stuck in the cluster on the first hill, but most are there with friends and maybe a pooch, and some start off slower or even walking. We’re there to exercise. We’re there to socialize. We’re there to be a part of a community where we share something: an interest in running (and drinking craft beer). 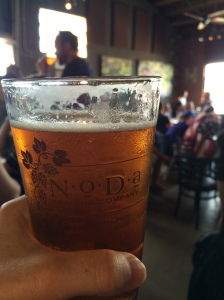 I would very honestly recommend NoDa Brewing’s run club to anyone who wants to be active and part of a community. Walking is allowed. No one is judging, but everyone is willing to encourage you and support you in finishing whichever route you choose. I’ve been a dedicated NoDa Run Clubber to this point but do have a plan to check out Triple C’s Run Club which is held on Thursdays.

PS – if you’re not in the mood for food or beer after your run, try a popsicle!

2 thoughts on “In the Club”