Have you heard of HashtagLunchbag? It’s a movement that’s not unique to Charlotte, but fortunately has been adopted here. A group of volunteers meets at Triple C brewery each month and swiftly puts together hundreds of lunch bags that contain a sandwich, a cookie, a piece of fruit, a granola bar and a bottle of water… and an inspirational note.

I went for the first time in March and was amazed at how quickly this group worked to fill the bags and handwrite notes of hope and love for Charlotte’s homeless neighbors. 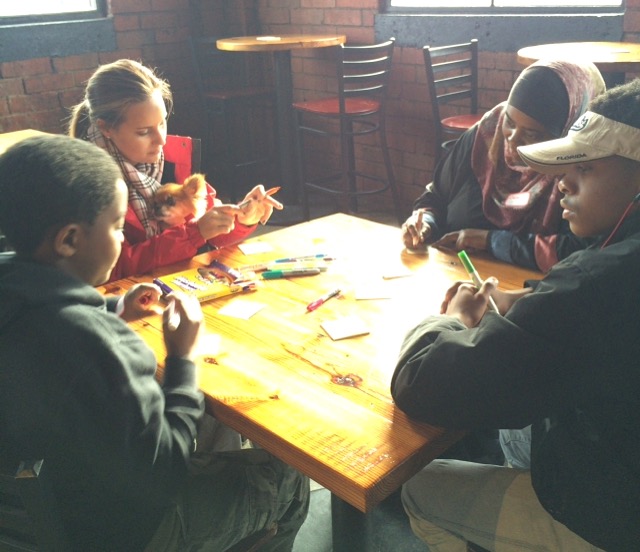 After the lunches are all packed, the volunteers box them up and head into the streets of Charlotte to deliver them to those in need. 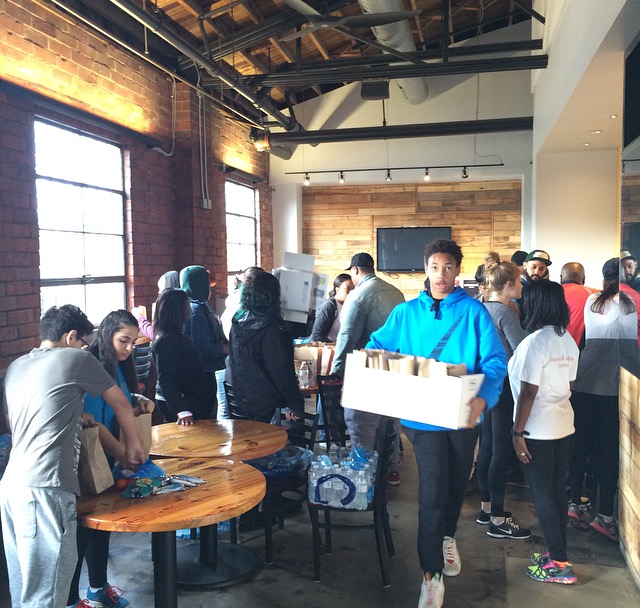 As a first timer, I was grateful to have Danielle and Jacinda swoop in and give us the scoop on how the morning would go. All of the volunteers were pleasant and helpful as well and truly worked together as a team.

Once we signed in and made our donation (volunteers are asked to bring $10 to help with food costs), we were added to one of the sandwich making tables. After all of the sandwiches were made, I moved over to the note making station and eventually moved into the box-packing group. 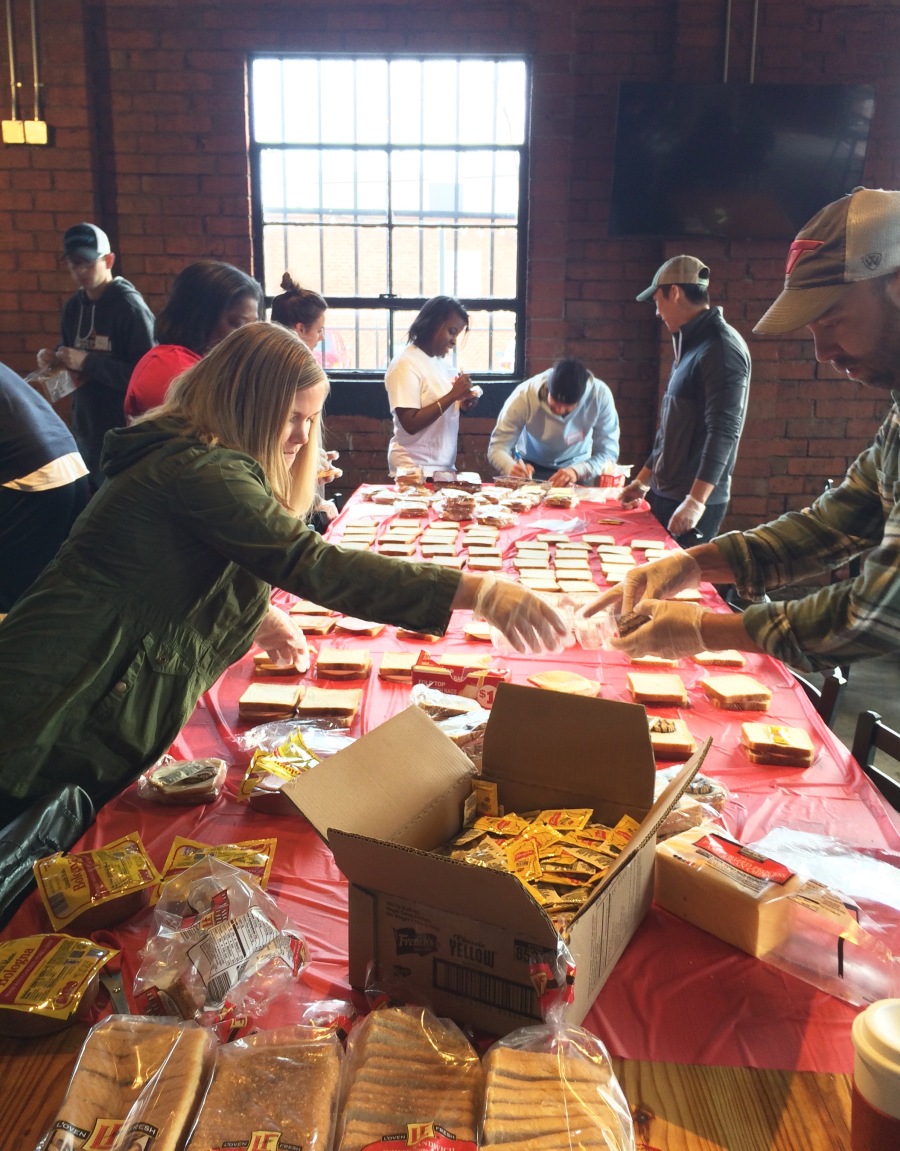 There are several prime locations to hand out these lunches which are identified before leaving the brewery. Everyone goes in groups and for safety reasons, it is recommended to have a male in each group. That being said, I never felt unsafe while delivering the bags.

At the men’s shelter, we started approaching the neighbors and handing out bags but were quickly told that we couldn’t do that. We either had to donate the bags to the facility or stand outside of the gates to distribute. One gentleman kept following us and asking for a bag (I wanted to give him the whole box) but we had already been told to move off the premises. Once we made it outside the gate, we were able to distribute the bags freely. We also stopped at Urban Ministry Center and were able to donate a ton of bags to them and also hand out many more to the neighbors who were already lined up waiting to get in.

It took our group 35 minutes to make 275 lunch bags and pack them all up to be distributed. We started at 8 A.M and were home by 10 A.M. My heart was so full after those two hours. There are many volunteer roles where you’re working in the background and know you’re doing good but with #HashtagLunchbagCLT, you are on the front lines. You’re not only doing the pre-work but you’re actually engaging with those in Charlotte who need a hand up.

Starting in April, there will be two opportunities to volunteer. #HashtagLunchbagCLT will meet on April 2nd and April 16th at 8 A.M. at Triple C. The goal would be to have sessions weekly and keep Charlotte from going hungry. Let’s make it happen. Go, volunteer, do something good for your community. Email lunchbagclt (at) gmail (dot) com to let Danielle know you’re coming. And I’ll see you there!

*If you’re not in Charlotte, check out the website to find opportunities in your area!